“The new sensor technology uses a structure that can more accurately detect head-on collisions, regardless of where the collision takes place on the front bumper,” said a DENSO official responsible for its information & safety systems Business Group.

DENSO’s new sensor consists of two pressure sensors and a hollow polyethene housing that is installed across the entire front bumper and conformed to the bumper’s internal shape. In a head-on vehicle-pedestrian collision, these pressure sensors precisely detect that increase in the internal pressure of the hollow housing as the bumper deforms, regardless of the collision position on the front bumper.

The sensor is installed on the pop-up Hood of the Toyota Crown Hybrid launched in Japan.

Pop-up Hood is designed to reduce pedestrian head injuries in a pedestrian-vehicle engine hood collision by creating a large buffer space between the hood and hard components, including the engine, under the hood. When a pedestrian collides with the front bumper of a vehicle within a predetermined speed range, the pedestrian collision detection sensor sends the information to the airbag electric control unit to make the hood pop up at the moment of the frontal collision. 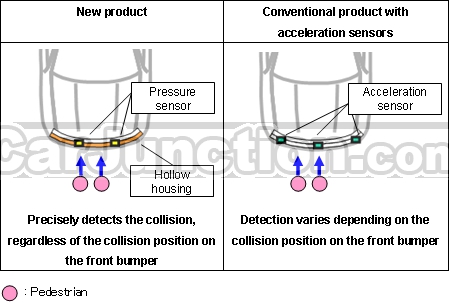 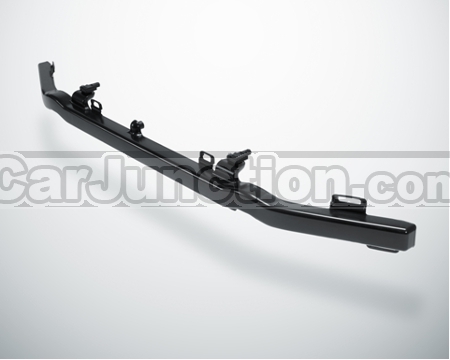