August 2011 – Daihatsu Motor Co. has developed an impressive fuel saving mechanism called “e:s”, Technology the company announced ahead of the planned release of a namesake mini vehicle using the new technology in September.

The “e:s” car boasts of a 14.2% energy saving for its engine alone through improvements in a conventional three-cylinder engine. Compared to the company’s Mira mini car’s the “e:s” is some 40% more fuel efficient. The new model also 60kg lighter than a maintaining the strength of its body the e:s car also features a new idling stop system, with its engine coming to an automatic halt when the speed drops to seven kilometres per hour or less.

With the introduction of new technology, the “e:s” has achieved the highest level of fuel efficiency among gasoline vehicles under a new standard set by the Ministry of Land, Infrastructure, Transport and Tourism in April travelling 30km on one litre of gasoline.

The cheapest model of the e:s will retail for 800,000 yen, while the mass retailer model will be priced below I million yen.

The “e:s” stands for “energy saving.” 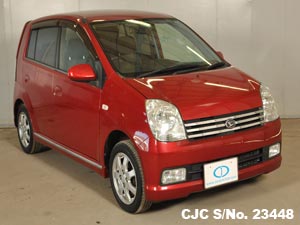